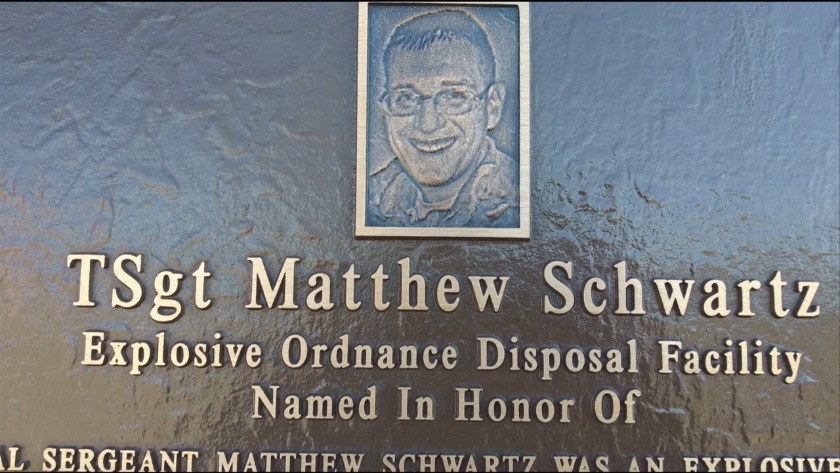 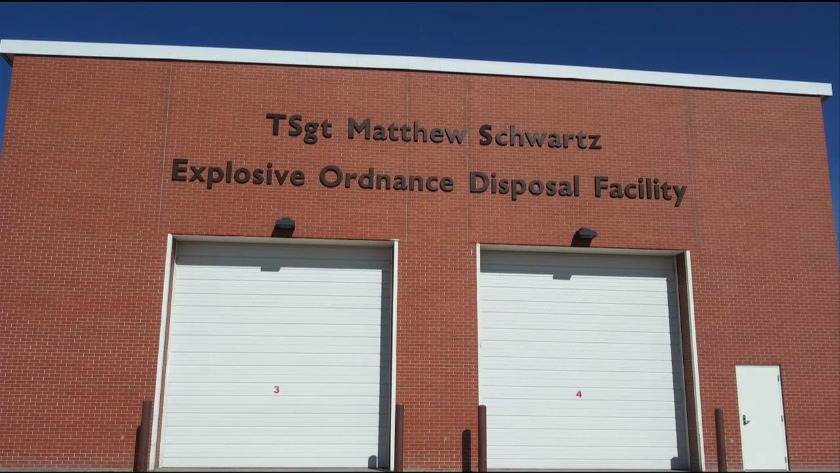 CHEYENNE, Wyo. (Wyoming News Now) -- Tim Schwartz, said his son, Matthew, didn't intend on going into the military. After high school, Matthew got a job as a security guard at a pie company in Northern Michigan. Tim said around then, Matthew's childhood sweetheart broke up with him. That led Matthew to look into other careers and options. Tim said Matthew started to look at Explosive Ordnance Disposal (EOD) and eventually joined the U.S. Air Force in 1999. Tim said he thought his son would be back home to their Northern Michigan town after four years. "I was wrong," Tim said, "He loved it. He loved the Air Force. He loved EOD, the mission, and his country."

TSgt. Matthew Schwartz's job was to disarm and dispose of bombs. In January 2012, he and a few members of his team were killed by a roadside bomb while serving on deployment. At the time, TSgt. Schwartz was permanently assigned to F.E. Warren Air Force Base while serving on his deployment. Now, the EOD building on F.E. Warren is named to honor TSgt. Schwartz. Tim said when he was in Wyoming for Matthew's funeral, the base said that it wasn't used to losing people who were stationed there and that they hoped they were doing all right hosting him and his family.

Tim said that every day can be hard when you lose somebody and that as a parent, you always remember your kid but, "...other people are remembering Matt on Memorial Day."

"After Matt's ceremony, his brother went up to a General and thanked him for being there. And [the General] said, 'Son, in my world, there are two kinds of people. Those who are called to sacrifice, and the rest of us, who are called to honor them."

Opportunities to further education in Wyoming

Opportunities to further education in Wyoming